Question 1.
What is Science?
Answer:
Science:

Question 2.
What are scientific methods ? Write the steps involved in a scientist’s work.
Answer:
Scientific Methods:

Question 4.
During investigation in science, name some rules to be followed for the safety.
Answer:

Question 5.
If you plan a test to find out how much water different brands of paper towels absorb, write down the steps of the experiment.
Answer:

Question 6.
Collect information about scientists and their works and prepare a chart and paste it in your classroom.
Answer:

You may find that these animals are specifically found in certain regions of the world.
You are also aware of the fact that many plants and animals are widely distributed throughout the world. But some species of plants and animals are found restricted to some areas only. Plants or animal species found restricted to a particular area of a country are called Endemic Species.
Now answer the following questions.
a) Name an Endemic Species of our State.
Answer:
Tiger, Peacock and Crane.

b) You may notice that Kangaroo is endemic to Australia and Kiwi to New Zealand. Can you tell which among the above picures represent an endemic species of India ?
Answer:
Peacock and Tiger. 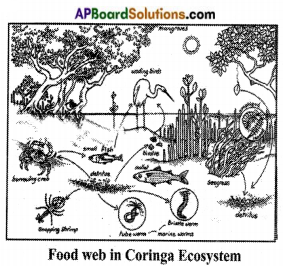 Question 10.
What is Generalisation? Give an example.
Answer:
Based on the experiment and its results explaining the solution for the problem is called Generalisation.
Example:

a) The bulb did not light in the room.
b) Identify the problem that may be defilament, fuse failure, switch problem, wire problem.
c) Then take tester, screwdriver, wooden scale, wires, insulation tape, table and blade.
d) Observe the filament of the bulb.
e) If the filament of the bulb is good, then observe fuse.
f) As the fuse is damaged, we need to replace the fuse.

Based on this, the bulb did not lit in the room because the fuse is damaged. This is the generalisation in the above experiment.

Question 11.
What are the different types of writings used by scientists to describe what they are doing or learning?
Answer:

Question 12.
How do scientists use numbers in their investigations?
Answer:

Question 13.
What is Hypothesis? What are variables?
Answer:

Question 14.
What do the following persons do?
a) A geologist
b) A chemist
c) A biologist
d) An ecologist
e) A climatologist
Answer:
a) A geologist examines the distribution of fossils and makes observations to find patterns in natural phenomena.
b) A chemist observes the rate of a chemical reaction at a variety of temperatures.
c) A biologist observes the reaction of a particular tissue to various stimulants.
d) An ecologist observes the territorial behaviours of different animals and birds.
e) A climatologist collects data from weather balloons and makes observations basing on it.