Question 1.
Identify which of the following pairs of figures are congruent.     [Page No. 184] 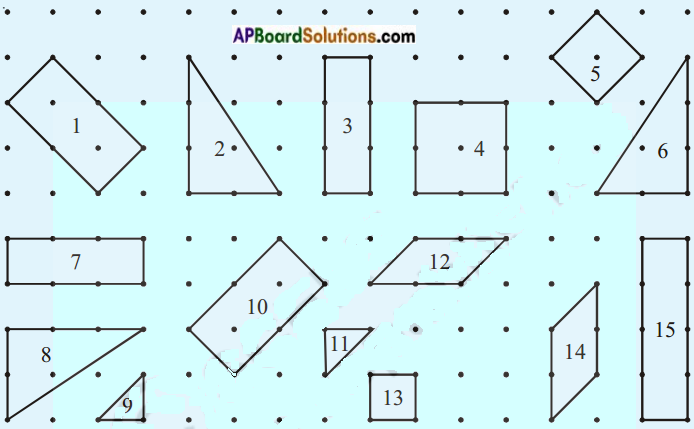 Question 2.
Look at the following pairs of figures and find whether they are congruent. Give reasons. Name them.    [Page No. 185] 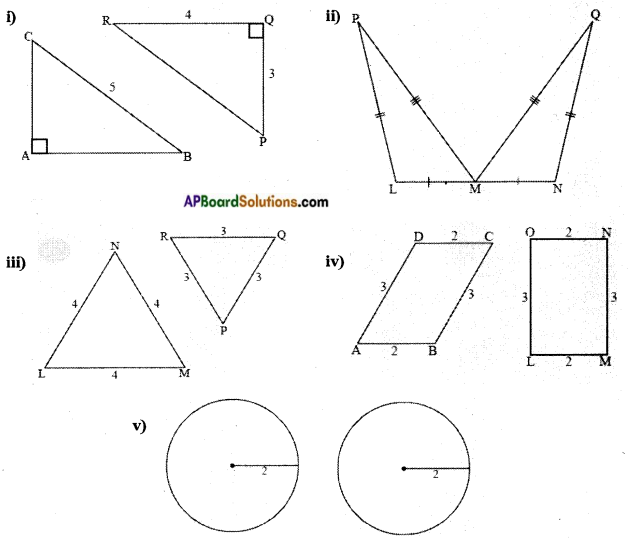 Answer:
i) △ABC, △PQR
∠A = ∠Q Angle
There is no information about other angles (or) sides.
But if we overlap each other, they coincide.
∴ △ABC ≅ △PQR

v) Both the circles are having same radii,
i.e., r1 = r2 = 2 units
∴ The given circles are congruent to each other.

Question 3.
Identify the out line figures which are similar to those given first.    [Page No. 186]

Question 4.
Draw a triangle on a graph sheet and draw its dilation with scale factor 3. Are those two figures are similar?      [Page No. 191]
Answer:
Step – 1: Draw a △ PQR and choose the center of dilation C which is not on the triangle. Join every vertex of the triangle from C and produce. 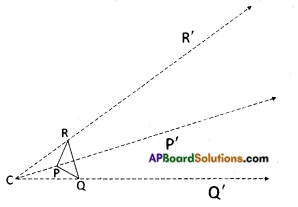 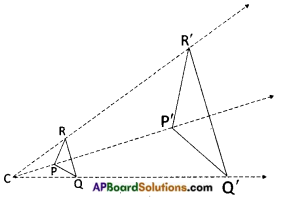 Question 5.
Try to extend the projection for any other diagram and draw squares with scale factor 4, 5. What do you observe? [Page No. 191]
Answer:
Sometimes we need to enlarge 10 the figures say for example while making cutouts, and sometimes we reduce the figures during designing. Here in every case the figures must be similar to the original. This means we need to draw enlarged or reduced similar figures in daily life. This method of drawing enlarged or reduced similar figure is called ‘Dilation’. 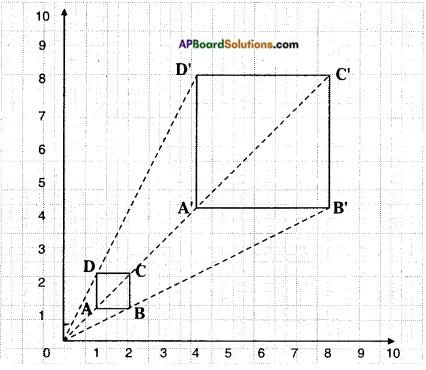 Question 6.
Draw all possible lines of symmetry for the following figures.     [Page No. 193]

Question 1.
What is the relation between order of rotation and number of axes of symmetry of a geometrical figure?     [Page No. 195]
Answer:
The line which cuts symmetric figures exactly into two halves is called line of symmetry. The figure is rotated around its central point so that it appears two or more times as original. The number of times for which it appears the same is called the order of rotation.

From the above table number of lines of symmetry = Number of order of rotation.