→ On the basis of its origin, the drainage system in India is divided into the Himalayan rivers and the Peninsular rivers.

→ The Himalayan rivers are perennial because they are supplied by rainfall as well as melting snow.

→ The Indus originates in the northern slopes of the Kailash range in Tibet near Lake Manasarovar.

→ A majority of the tributaries of Ganga originate in the Himalayas but some of them have their source in the peninsular plateau like the Chambal, the Sindh, the Betwa, the Ken, and the Son.

→ The Brahmaputra (also known as Tsangpo in Tibet) rises from the snout of the Chemayungdung glacier of the Kailash range near Manasarovar.

→ The major river systems of the peninsular drainage are the Mahanadi, the Godavari, the Krishna, and the Cauveri.

→ Surface flow includes rivers, streams, canals, and other flows on the surface of the water.

→ Some amount of water would flow out of the village as surface flows through streams. Water is used for agriculture, for domestic purposes and for animals, and for industrial use.

→ The annual flows and stocks that recharge wells and tube wells in the water that is available for use.

→ Rampant felling of trees and mining activity is resulting in forest degradation, along with the destruction of the habitat of highly threatened flora and fauna in the Tungabhadra basin.

→ Inadequate tree cover leads to water run-off as surface flow without getting a chance to recharge the underground system.

→ While increased industrialization and growth of urban areas have improved standards of living for some, the same activities have caused pollution, especially by industrial units.

→ There has been a mismatch between keeping pace with development activities on various fronts and providing sanitation and drinking water supply for all sections of society, both in small towns and rural areas.

→ Continuous contour trenches were dug on hill slopes to arrest the erosion of soil, harvest water, and encourage the growth of grass in Hiware Bazar of Maharashtra.

→ A number of water harvesting structures were also built in the village-check dams, percolation tanks, and loose boulder structures in Hiware Bazar.

→ Plantations on forest lands and roadsides were also part of the program in Hiware Bazar.

→ However one of the learnings has been that groundwater extraction cannot be controlled at a small unit or within a village boundary.

→ State governments have often chosen to increase power subsidies to make extraction of even deeper layers of groundwater possible.

→ Groundwater: Underground water that is held in the soil and rocks

→ Drainage: The discharge of water from any area through a system of natural streams with an arrangement of the main river and its tributaries

→ Watershed: The elevated boundary line that separates the headstreams that are tributary to different river basins

→ Catebment area: The area from which rain flows into a particular river or lake

→ Drought: A long period when there is little or no rain

→ Percolation: The process of moving gradually through a surface that has very small holes or spaces in It

→ ‘V’ shaped valleys: The valleys that are ‘V’ shaped in cross-section generally are the product of cutting – down by a river

→ Tributary: A stream or a river that joins a larger river is said to be the tributary of the larger river

→ Contour Trenches: Number of horizontal trenches made on the hill slopes to arrest the erosion of soil, harvest water, and encourage the growth of grass

→ Meanders: A curve In the course of a river that continually swings from side to side in wide loops as it progresses in a flat area.

→ Water cycle: Hydrological cycle = The circulation of water from the oceans to the atmosphere, back to the land, and so back to the oceans

→ Water budget: An estimate of inflow of water (precipitation + surface flow + groundwater flow) and outflow of water (evaporation + transpiration + flowing out water + used water) for an area = or a region during the year

→ Inflow: For any area inflow of water is the total of precipitation, groundwater flow, and surface flow

→ PrecipitatIon: The primary mechanism for transporting water from the atmosphere to the surface of the earth in the forms of snow, dew, hail, rain, etc.

→ Evaporation: The turning of water into vapor, takes place all the tun In water bodies like lakes, rivers, seas, and oceans, etc.

→ Transpiration: The process in which long things give off water Into the atmosphere through their breathing is called transpiration

→ Aquifer: A layer of rock that holds water and allows water to percolate through it

→ Recharging of water: The percolation of water into the underground and becoming available for usage

→ Flash flood: A sudden transient rush of water amounting to a short-lived flood caused due to a violent rainstorm 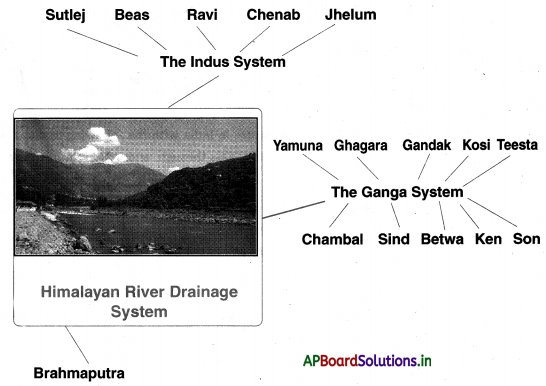 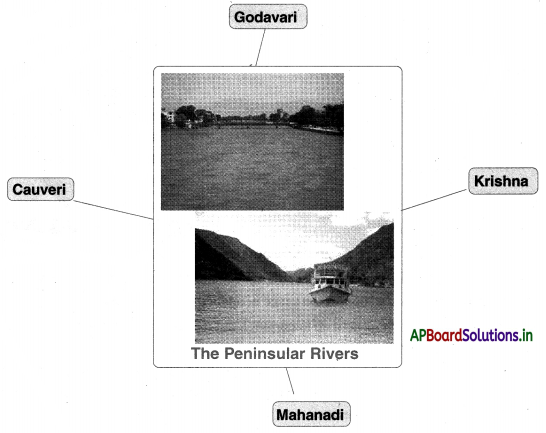