Students can go through AP Board 7th Class Maths Notes Chapter 6 Ratio – Applications to understand and remember the concepts easily.

→ Ratios also appear in the form of percentages.

→ The word percent means “per every hundred” or for a hundred. The symbol % is used to denote percentage.

→ To convert a quantity into its equivalent percentage

→ Discount is always expressed as some percentage of marked price. 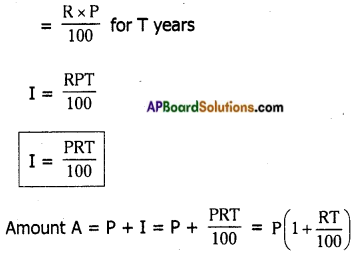