Question 4.
Who does teach a bird to make a nest?
Answer:
There is no need to teach the bird to make it’s nest, because it is an instinct behaviour.

Question 6.
Give one example of imprinting from your surroundings.
Answer:
Salmon bird goes back to its home stream to spawn.

Question 7.
Give one example for conditioning.
Answer:
A tiger in a circus learns to stand up on a chair and jump through a hop to receive a food treat.

Question 8.
Name the branch of zoology that deals with scientific and objective study of animal behaviour.
Answer:
Ethology.

Question 9.
Give one example for imprinting behaviour.
Answer:
Ducklings follow the first moving object they meet after hatching and treat it as their mother.

Question 10.
Give one example of instinctive behaviour.
Answer:
Building a nest by birds/climbing trees by monkeys/swimming of fish in a lake.

Question 12.
What are the other behaviours we find in animals and give examples?
Answer:
Animals show the feelings like happiness, threat, fear, anger, sadness etc…..
Eg: After returning from fields in the evening cow licks its calf. It reflects it’s affection towards its body.

Question 13.
How Tasmanian Devil protects itself from enemies?
Answer:
By spraying bad odour through it’s body.

Question 14.
What is imitation?
Answer:
People often imitate each other. This can help them to learn new and useful skills. It may also lead them to certain unwanted behaviours like drinking, smoking etc…

Question 15.
How do cockroaches differentiate light and dark?
Answer:
Cockroaches have eyes that are adapted to sense the difference between daylight and dark. Their eyes have cells that perceive light.

Question 16.
What is a pheramone?
Answer:
It is secreted or excreted chemical that triggers a social response in the members of same species.
Eg : ants, honey bees…

Question 17.
What are primates?
Answer:
The group of mammals that includes humans and monkeys.

Question 18.
Name the animal on which Ivan Pavlov done his experiments.
Answer:
Dog.

Question 20.
What is special about Beaver?
Answer:
Beaver is a mammal which lives in South America, builds dams across water streams. Stagnated water is the living home for Beavers family.

Question 21.
Give names of scientists of Ethology.
Answer:

Question 1.
What do you mean by animal behaviour? What it indicates?
Answer:

Question 2.
What are the uses and loses of imitation in human behaviour?
Answer:

Question 3.
How conditioning can be used to change the behaviour of people by advertisers?
Answer: 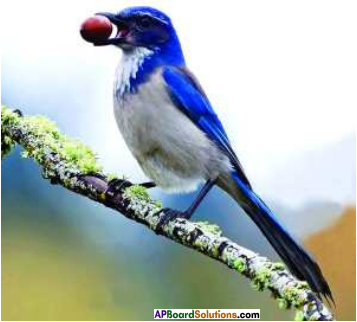 Question 6.
Write about a mammal Beaver, which lives in North America.
Answer:

Question 8.
How squirrels cheat others?
Answer:
Squirrels hide their food in an interesting way. They always behave in such a manner that somebody is trying to steal their food. In order to misguide others they dig holes in many places and heap leaves to cover them. Most of the holes do not contain food. In this way they cheat others by making believe that these holes contain food.

Question 9.
How beetle protects itself from enemies?
Answer:
Beetle (or) Bombardie Beetle has two chemicals hydroquinone and hydrogen peroxide stored in it’s body. Whenever the beetle feels threatened these chemicals mix with some special enzymes and that heat up the liquids which gives bad smell from it’s body.

Question 10.
What are the amazing features of intelligence of Dolphins?
Answer:
Dolphins have great logical thinking power they could understand a code language if they are trained by practice. The trained dolphins bring ball from the tub and throw it again into the same tub. They remember the names by short whistle.

Question 1.
Write about the experiment conducted by Ivan Pavlov on conditioning.
Answer: 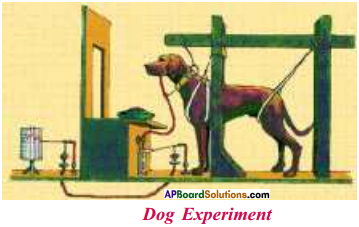 Question 2.
Describe the process of hiding food by squirrel.
Answer: 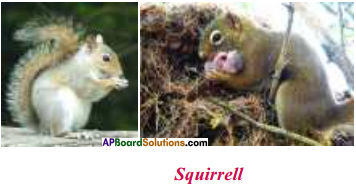 Question 3.
How wasp (bee) construct hive and how it collects food?
Answer: 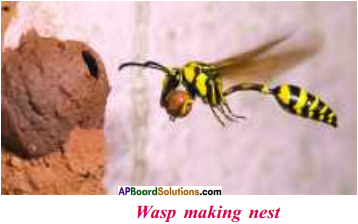 Question 4.
Who experimentally proved that Dolphins have logical thinking power? Write about the experiments.
Answer: 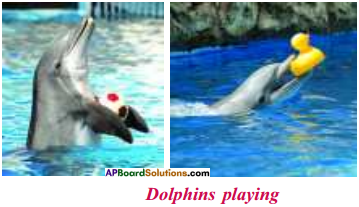 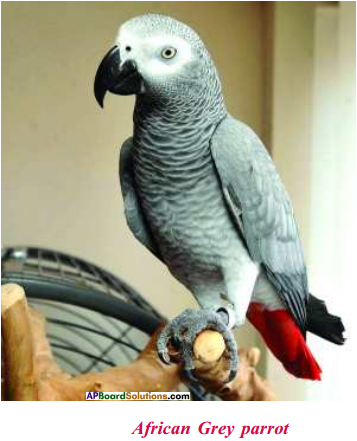 Question 2.
What are the ways to observe the behaviour of animals? Explain any one of them with suitable examples.
Answer:

Question 3.
What is Tagging? How it is useful to scientists?
Answer: 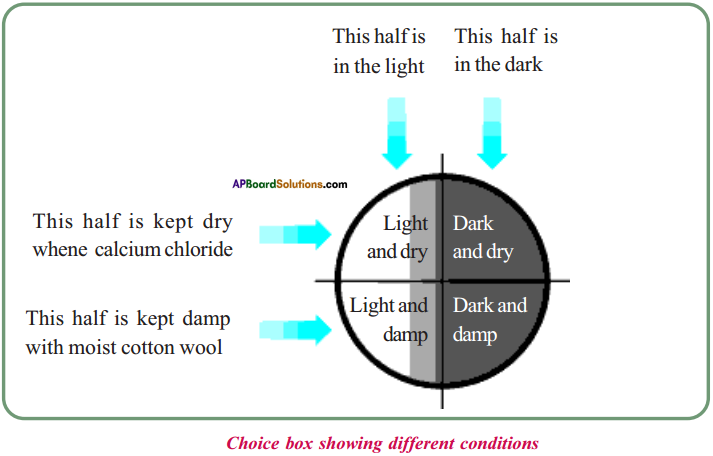 Question 5.
Observe the picture and answer the following.

b) Cockroaches selected their favourite conditioned chamber – dark and damp. In these conditions only cockroaches can survive.

Question 6.
Suppose you were a quiz master for biology round in an event. Prepare some questions to ask about “Instinct” and “Imitation” in that event.
Answer: