→ If a person is looking at an object then the imaginary line joining the object and the eye of the observer is called the line of sight or ray of view. 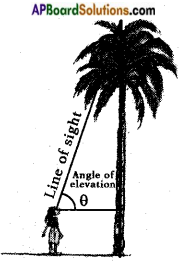 → An imaginary line parallel to earth surface and passing through the point of observation is called the horizontal.

→ If the line of sight is above the horizontal then the angle between them is called “angle of elevation”.

→ If the line of sight is below the horizontal then the angle between them is called the angle of depression.

→ Useful hints to solve the problems:

→ The height or length of an object or the distance between two distant objects can be determined with the help of trigonometric ratios.

→ To use this application of trigonometry, we should know the following terms.

→ The terms are Horizontal line, Line of Sight, Angle of Elevation and Angle of Depression.

→ Horizontal line: A line which is parallel to earth from observation point to object is called “horizontal line”.

→ Line of Sight (or) Ray of Vision: The line of sight is the line drawn from the eye of an observer to the point in the object viewed by the observer.

→ Points to be kept in mind:
I. Trigonometric ratios in a right triangle: 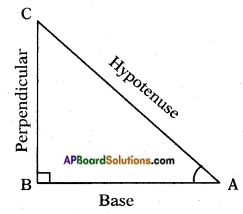 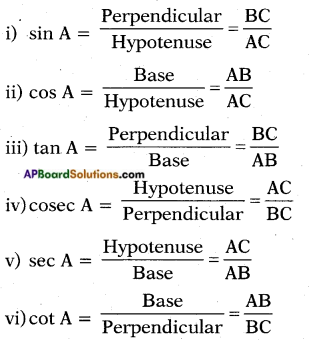 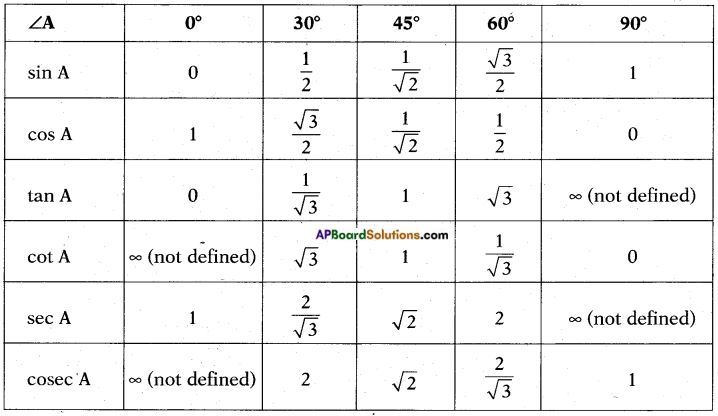 → Solving Procedure:
When we want to solve the problems of height and distances, we should consider the following :