→ Coefficients operate on variables, which can be raised to various powers of non negative integer exponents.

, etc. are not polynomials.

→ Relationship between the zeroes and the coefficient of a polynomial: 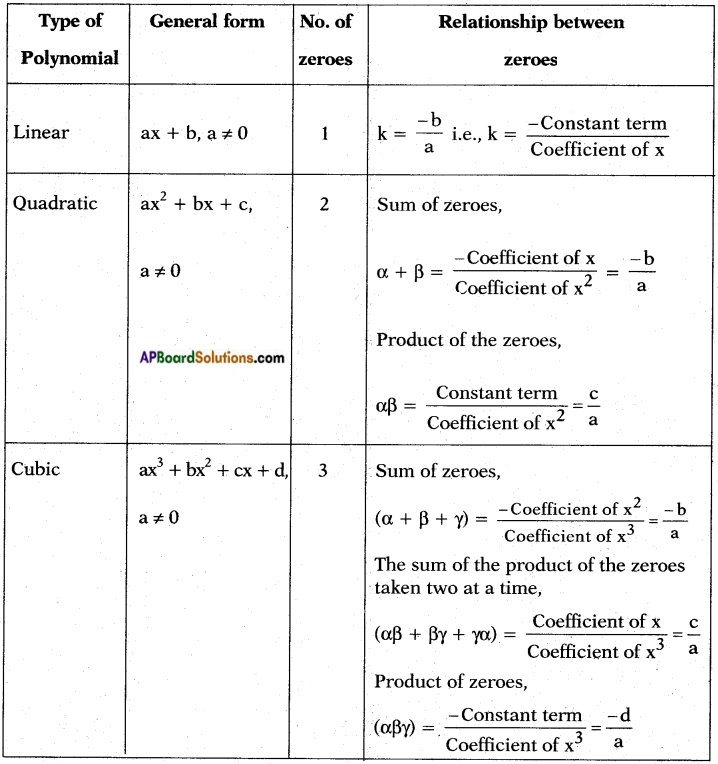