→ The branch of mathematics which deals with points in a coordinate plane is called Coordinate/Analytical geometry.

→ There is a definite one-one correspondence between the position of a point in a plane and a pair of numbers called coordinates.

→ Signs of coordinates in different quadrants: 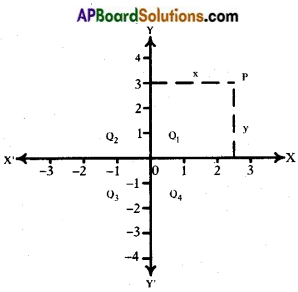 → The point of intersection of the axes is called the- origin represented by (0, 0).

→ The point of concurrence of medians of a triangle is called its centroid.

→ Centroid divides each median in the ratio 2 : 1. 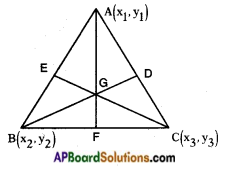 → If three points are collinear, then the area of the triangle formed by these points is zero. 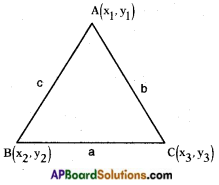