Students can go through AP State Board 10th Class Social Studies Notes Chapter 14 The World Between Wars 1900-1950 Part 2 to understand and remember the concept easily.

→ The livelihood of most Russians was derived from agriculture and control over the land was the basic cause for the struggle between peasants and landlords.

→ On March 8th, 1917, around 10,000 women of the capital, St. Petersburg took procession demanding ‘Peace and Bread’. Many others joined them and Tsar abdicated the throne. It is called the “March Revolution”.

→ The Soviets under. Bolshevik leadership seized power and put an end to war and redistributed land and nationalized all factories, banks, etc. It is called November Revolution.

→ Gradually the Union of Soviet Socialist Republics (the USSR) was formed by 1924. After the death of Bolshevik leader, Lenin in 1924 Stalin used his undisputed power to build the economy of Russia.

→ Introduced Five Year Plans in 1928 and pursued twin policy of rapid industrialization and collectivization of agriculture.

→ An extended schooling system was developed and full employment for all citizens and improvement of their standard of living substantially.

→ The USSR prided itself in escaping the impact of the Great Depression.

→ It has enormous centralization of power in the hands of the communist party and its leaders and denied ordinary democratic liberties to the citizens and done away with the opposition.

→ The USSR inspired people all over the world who were committed to the ideals of equality and national liberation.

→ Many others were also horrified by the elimination of opposition and denial of multiparty democracy and freedom in the USSR.

→ The Great Depression began around the end of 1929 and lasted almost till 1939.

→ In America, as many as 25% of people and nearly 33% in many other countries were unemployed.

→ JM Keynes argued that the state should invest funds and generate employment to revive the economy.

→ The President of the US, Franklin Roosevelt announced the ‘New Deal’ which promised Relief (to the victims of depression), Reform (of financial institutions), and Recovery (ensure economy).

→ The USA gave Germany loans in 1928 and its economy stabilized.

→ But as America was affected by Depression, the German economy was the worst hit by the Depression.

→ In such a situation, Nazi Party’s propaganda stirred hopes of a better future.

→ Hitler promised to build a strong nation, undo the injustice of the Versailles Treaty and employment for those looking for work, and a secure future for the youth.

→ His rule established complete control over the economy, media, army, and judiciary.

→ He aimed at full production and full employment through a state-funded work-creation program.

→ He attacked Poland in 1939 which led to the breakout of the Second World War.

→ The tide of initial victories of Germany was turned back after the Battle of Stalingrad in early 1943 when German forces were defeated.

→ Hitler and his close associates committed suicide and Germany was divided into the German Democratic Republic (GDR) and the Federal Republic of Germany (FRG).

→ Socialism: Economic system based on government control over the means of production, distribution, and exchange and operated for the welfare of people

→ Communism: Belief that of private ownership of land, factories, railways, banks, etc. should be replaced by public ownership

→ Revolution: The fundamental political change, overthrowing a government/ruler and substitute with other

→ Centralization: Giving the political power of a country to a group of people of power in one particular place

→ Collectivization: Joining of several private farms, etc. together so that they are controlled by the government/community

→ Relief-Reform-Recovery: Roosevelt, the then President of the US announced the New Deal’ which promised Relief to the victims of depression Reform of financial institutions and steps to ensure economic Recovery by undertaking large public works.

→ Welfare state: A system by which government undertakes prime responsibility for the economic and social well-being of the population

→ Indoctrination: ForcIng somebody to accept a particular belief or set of beliefs and not allowing them to consider any others

→ Propaganda: Ideas that may be false but are used in order to gain support for a political leader/party

→ Racial Supremacy: Belief that some races are superior to the others

→ Tsar: Title of the pre-1917 rulers of Russia Russian Emperor

→ Feudalism: A social system in Europe in which people were given land and protection by a nobleman (Feudal Lord) and people had to work hard and fight for him.

→ Autocrat: A ruler with unrestricted authority

→ Bureaucracy: Too complicated system of official rules where a large number of officials are not elected.

→ Provisional: Government arranged for the present time only and likely government to be changed in the future

→ Aristocrat: A person belonging to the noble class (the best by birth)

→ liberals: People believing ¡n freedom from government restrictions on trade and liberty and holding with the constitutional rule

→ Soviets: The councils into which people began to organize themselves

→ Collective farms: Pool of all the land iñ the village along with tools, machines, and animals

→ Great depression: A worldwide economic decline triggered by a decline in demand and fall in prices

→ Capitalism: Economic system based on private ownership of means of production, distribution, and exchange and operated for profits

→ Great depression: A worldwide economic decline triggered by a decline in demand and fall in prices

→ Capitalism: EconomIc system based on private ownership of means of production, distribution, and exchange and operated for profits

→ Concentration: Prison camps set up by the Nazis to contain those whose Camps oppose the Nazi regime

→ Enabling Act: Hitler was given all powers to sideline parliament and rule by decree 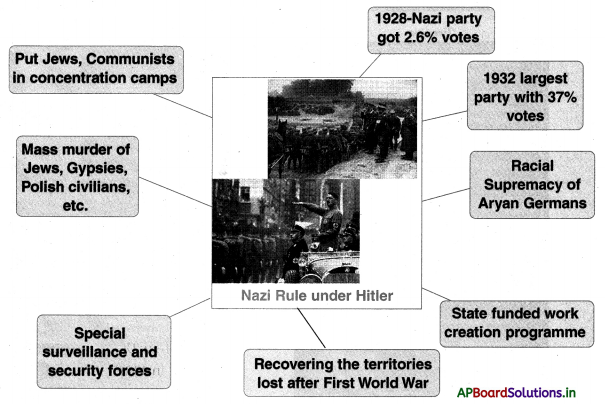 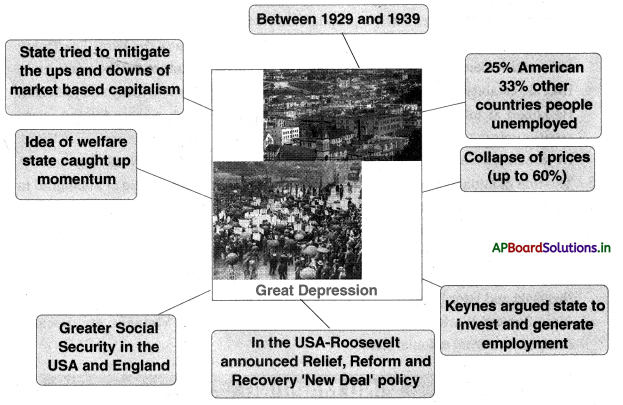 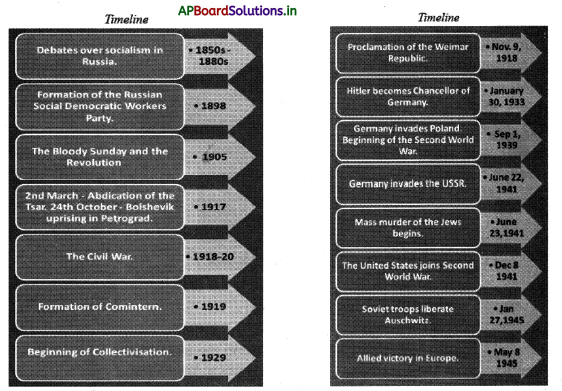