Students can go through AP State Board 8th Class Biology Notes Chapter 9 Production and Management of Food From Animals to understand and remember the concept easily.

→ Since long ago, man has used animals not only for obtaining food but also for agriculture.

→ Bulls are mainly reared for use in plowing.

→ Taking care of animal health is also an important task in animal husbandry.

→ Our government treats producing milk as an industry.

→ Haryana, Jaferabad, Nagapuri are the traditional varieties of cows that give a good quantity of milk.

→ According to the Economical and Statistical Survey of India 2011, about 40 to 60 lakh liters of milk are produced every day in our state.

→ Care should be taken while buying cattle for milk production.

→ Biogas production also is a useful product in animal husbandry.

→ Production and rearing of hens on a large scale are generally called poultry.

→ The culture of honey bees is called Apiculture.

→ The bee wax and bee venom are other products in Apiculture.

→ The egg is the chief nutritious food that is easily available for all.

→ Our government provides opportunities to improve animal food production to fulfill the food requirements of a growing population.

→ Jersy, Holstein: Jersy (England) and Holstein (Denmark) are the foreign varieties. They give 25 liters of milk per day.

→ Pasteurization: In this process, milk is heated at a temperature (62°) for a definite period of time (30 minutes) and cooled at 10CC.

→ Biogas: The dung obtained from cattle is mixed with bacteria and ¡s used for the production.

→ Poultry: Production and rearing of hens on a large scale for eggs and chicken.

→ Hatching: Placing the egg under a broody hen to produce chicken is hatching.

→ Incubator: An apparatus for hatching eggs.

→ Apiculture: The culture of honey bees is called apiculture.

→ Honey bee hive: A construction of six-sided wax compartments made by bees to store honey and eggs.

→ Honey wax: Besides honey wax produced by the honey bees is known as bee wax or honey wax used ¡n the production of cosmetics, shoe polish, candles, and leather industry.

→ Drone: Drones are the male members of the honey bee colony. Their main duty is participating in mating.

→ Aquaculture: Cultivating fish and prawns in water on a large scale.

→ Inland fisheries: In such a system, a combination of five or six fish species is used in a single fish pond. These species are selected so that they do not compete for food among them and have different types of food habits.

→ Breeding: Mate and then produce young.

→ Food processing: Preservation of food items through the processing of sun-drying semi-drying, salting and drying, pickling, and pit curing.

→ Milk is the secretion of the mammary glands in animals. During the period following at least 72 hours after calving or until the milk is colostrum free, milk appears as white opaque fluid, in which fat is present as emulsion, protein, and some other minerals, vitamin A, D, and E are 80 to 90% of water. Nowadays cattle rearers and dairy farmers use hormone injections to get a high quantity of milk. These hormones settle down in our body to cause various diseases like early reaching of puberty. Chemicals used in chilling centers to preserve milk also cause damage to our health.

→ In Odisha traditional livestock – Chilka buffaloes are reared. They take care to avoid cross-breeding with Murra. They graze during night times in the brackish water of Chilka lake. They return home in the morning give milk without any extra feed. This milk

→ Emu is a flightless bird from Australia. It is the second-largest bird in the world after Ostrich. This amazing bird weighs nearly 50 kg. and run at 40 miles per hour. Emu farming is also a commercial practice like a hen. Recently farmers of Adilabad, Medak, Nalgonda, and some other districts of Andhra Pradesh, started Emu farming. Meat, chicks, skin leather, oil, feathers eggs are the main products in the Emu culture. Its meat and eggs are costly. The Emu market is not so good at present in our state.

→ Honey has probably been associated with man since very early days. The first proof of this association is evident from the rock paintings made by primitive man thousands of years ago. The man knows about the art of beekeeping in the regions of early civilization. The Egyptians were well acquainted with bee husbandry 4000 years ago as they practiced migratory beekeeping. The Rigveda, probably written between 3000 B.C. and 2000 B.C, contains many references to bees and honey. They named honey as a divine food.

→ Seaweeds constitute an important marine resource and are found along the Rocky intertidal and sub-tidal regions of the coasts of India. The Sunderbans, the Chilka lake, the deltas of Godavari and Krishna, Gulf of Mannar, Palk Bay, Gujarat coast, and around Lakshadweep, Andaman, and Nicobar Island are areas rich in seaweeds. They are used for human consumption, as cattle and poultry feed, as manure, and for industrial purposes as the sources of Phyco colloids like Agar-agar. 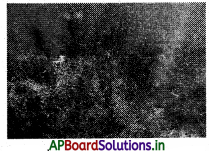 → Rudolf Carl Virchow:
Rudolf Carl Virchow (13 October 1821 – 5 September 1902) was a German doctor, anthropologist, pathologist, prehistorian, biologist and politician, known for his advancement of public health, Referred to as “the father of modern pathology”, he is considered one of the founders of social medicine. He stated that the cell was the basic unit of the body.

In 1861, he was elected a foreign member of the RoyalSwedishAcademy of sciences. In 1892, he was awarded the Copley Medal. Among his most famous students was anthropologist Franz Boas, who became a professor at Columbia University. The society for MedicalAnthropology gives an annual award in Virchow’s name the Rudo if Virchow Award.