Question 1.
What was the call given by Komaram Bheem to Adivasies? (SA-III : 2016-17)
Answer:
Adivasis were inspired by the message Jal, Jangal, Jameen of Komaram Bheem.

Question 1.
Once they began work on the machines there was no question of stopping. There was no fixed break even for meals. Taking out 15 – 20 minutes from their work, and asking a fellow labourers to look after their work, the labourers would eat their food. There was no separate place to eat either.
The whole day would pass in the heat, humidity, noise, dust and suffocation of the mill. Only when the sunset and it became impossible to see in the dark, the machines would stop and work would end.
Q. Comment on the working conditions of workers in factories in early industralisation. (SA-III : 2016-17)
Answer:

Question 1.
Read the following information and answer the questions given below.

a) When was the first factory act passed and what did it specify?
Answer:

b) Who helped the labourers to form unions?
Answer:
Educated people helped them.

Question 3.
Observe the following table and answer the questions given below.

a) What was the importance of 1919?
Answer:
All the mills of Mumbai were kept closed for 12 days due to the strike of workers. 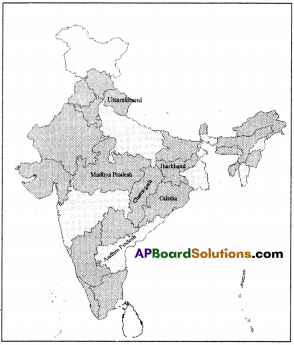