Students can go through AP State Board 10th Class Social Studies Notes Chapter 15 National Liberation Movements in the Colonies to understand and remember the concept easily.

→ In this chapter, we will read about the plight of the colonies and how they began to fight against the colonial domination of the European powers.

→ Western colonial powers had carved out their spheres of influence in different parts of China.

→ In 1911 a republic was established in China under Sun-Yat-Sen, who is regarded as the founder of modern China.

→ He prepared a program of ‘nationalism – democracy – socialism’ to develop China.

→ But Sun could not consolidate itself.

→ On 4th May 1919, a demonstration was held in Beijing to protest against the decisions of the Versailles peace conference.

→ After this Guomindang and the Chinese Communist Party tried to bring stability to China.

→ After the death of Sun, Chiang Kai-shek emerged as the leader who stood for unified behavior.

→ Chiang was a conservative and he encouraged women to develop virtues of chastity, appearance, speech, and work.

→ Mao Zedong emerged as a major CCP leader by basing his revolutionary program on the peasantry.

→ He ended warlordism and carried out land reforms and fought foreign imperialism.

→ The Peoples Republic of China government was established in 1949 on the principles of the ‘New Democracy’.

→ In mid 19th century, Vietnam came under the direct rule of the French who made the emperor here a puppet.

→ Vietnam exported two-thirds of its rice production and by 1931 had become the third-largest exporter of rice in the world.

→ French colonizers tried to give education through which they believed Vietnamese civilize.

→ Educated youth organized themselves and fought to drive away foreign forces like French and Japanese.

→ In the peace agreement, Vietnam was divided into North and South Vietnam.

→ North Vietnam headed by Ho Chi Minh, confiscated the land of the landlords and distributed it among the landless.

→ The US worried about communists gaining power in Vietnam and their attempt to verify it.

→ The US war with Vietnam was long-drawn and got criticism even inside the US, which forced it to make peace.

→ In Western Africa, Nigeria was the colony of the British.

→ It encouraged conflict and competition between the three major tribal groups and was able to ‘divide and rule’.

→ The Nigerian Youth Movement was founded by Nnamdi Azikiwe.

→ Macaulay and Azikiwe together worked for the independence of Nigeria in 1963.

→ Unfortunately, Nigeria slipped into Civil war and was under military dictatorship till 1999.

→ Nigerians elected a democratic government in 1999.

→ Oil was discovered in the 1950s in the Niger Delta and many MNCs extracted oil and shared profits with military leaders.

→ Oil spillage from wells has a major impact on the ecosystem.

→ In 1990 an eminent human rights activist and environmentalist Ken Saro Wiwa was executed.

→ Nigeria is still making efforts to weld together as a nation, work out a stable democratic system and gain control over its material resources.

→ Land reforms: Making attempts to see that the land is not concentrated but distributed more equitably

→ Landlordism: Large landlords took over the lands of small peasants and made them work as tenant farmers

→ New Democracy: An alliance of all social classes opposed to land4ordlsm and Imperialism

→ Forced labor: DurIng colonial period the peasants were forced to do forced labor on the personal land of the landlords

→ Chemical arms: Weapons that use poisonous gases and chemicals to kill and injure people

→ Weak: A democracy where the practice of democratic principles was not made possible

→ Pan-Africanism: Idea which promotes the unity of all African peoples irrespective of country or tribe

→ Warlords: The leaders of military groups that fight against other groups within a. country regional military power

→ May Fourth Movement: On 14th May 1919 an angry demonstration was held in Beijing to protest against the decisions of the Versailles peace conference

→ Foot-binding: A cruel practice of not allowing women to have fully grown feet

→ Long March: In 1934 Mao Zedong conducted this Historic t1g March with his Red Army a distance of 10,000 km one year

→ Military Garrisons: Groups of soldiers living in a town or fort to defend It

→ Civilising Mission: The French colonizers thought education to Vietnamese was one way to civilize them

→ Agent Orange: A defoliant plant killer which destroyed plants arid tres and made the land barren for a long time

→ Bonded labor: À person who Is legally owned by another person and is forced to work for him without paying anything 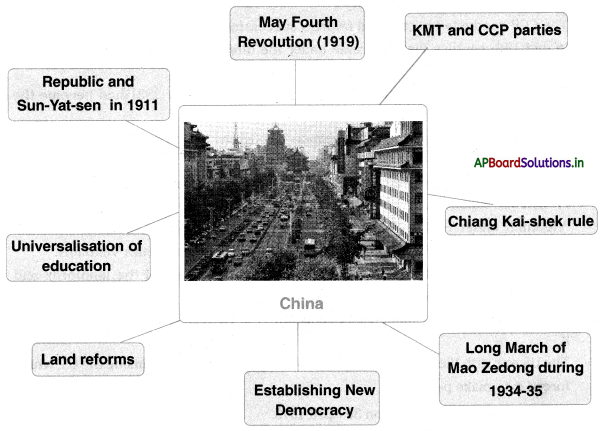 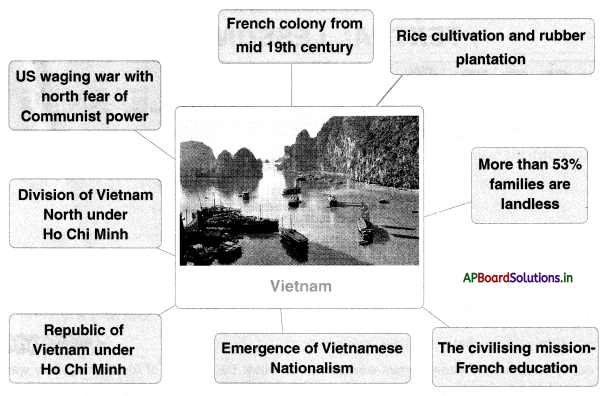 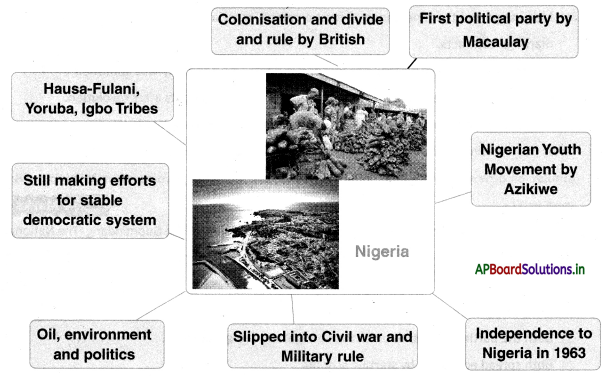