Students can go through AP State Board 10th Class Biology Notes Chapter 3 Transportation to understand and remember the concept easily.

→ All living organisms need nutrients, gases, liquids, etc. for the growth and maintenance of the body.

→ In lower organisms like Amoeba and Hydra, all the materials are transported through a simple process like diffusion, osmosis, etc.

→ In higher organisms developed a specialized system called circulatory system for the transport of materials in the body.

→ Our pulse rate is equal to our heartbeat rate.

→ In 1816 Rene Laennec discovered the stethoscope to hear a heartbeat.

→ The circulatory system consists of the heart, blood, and blood vessels.

→ The heart is the vital organ located in between the lungs and protected by the rib cage.

→ Pericardial membranes covering the heart protect it from mechanical shocks and injuries.

→ The heart is divided into four parts.

→ The upper two parts of the heart are called atria or auricles and the lower ones are called ventricles.

→ The coronary vessels supply blood to the muscles of the heart.

→ The walls of the ventricles are relatively thicker than atrial walls.

→ Arteries are the blood vessels that supply blood to various organs in the body.

→ The largest artery is the Aorta arises from the upper part of the left ventricle.

→ The pulmonary artery carries deoxygenated blood from the heart to the lungs. It arises from the right ventricle.

→ The two atria and the two ventricles are separated from each other by muscular partitions called septa.

→ One-way walls that permit blood to flow in one direction were noticed in the veins of legs by Girolamo Fabrici (Ita.ly) in 1574.

→ William Harvey dissected the hearts of dead people and studied the valves between each atrium and its ventricle and noticed they were one-way valves.

→ Malpighi is called the smallest blood vessels which connect the smallest arteries and veins as capillaries.

→ Atrium and ventricle of the same side are connected by atrium ventricular aperture.

→ The human heart starts beating around the 21st day during embryonic development.

→ One contraction and one relaxation of atria and ventricles are called one cardiac cycle.

→ When the walls between the atria and ventricles are closed forcibly, we can listen to the first sharp sound of the heart ‘lubb’.

→ The valves which are present in the blood vessels are closed to prevent the backward flow of blood, we can listen to a dull sound of the heart ‘dubb’.

→ The cardiac cycle includes an active phase systole and a resting phase the diastole of atria and ventricles.

→ One cardiac cycle is completed in approximately 0.8 seconds.

→ If blood flows through the heart only once for completing one circulation it is called single circulation. eg: Fish.

→ If the blood flows through the heart twice for completing one circulation it is called double circulation. eg: Frog, Reptiles, Aves, and Mammals.

→ To supply nutrients to the cells, the liquid position of the blood with nutrients flows out of the capillaries. This is called tissue fluid.

→ The lymphatic system transports the tissue fluid into the main bloodstream.

→ In unicellular organisms like an amoeba, the protoplasm shows Brownian movements because the nutrients and oxygen are distributed throughout the protoplasm equally. Sponges use seawater for transportation by beating of flagella that are present in their body.

→ In cnidarians, saclike gastrovascular cavity digests the food and transports nutrients to each and every cell of the body. e.g: Hydra and Jellyfish.

→ In Platyhelminthes digestive system supplies food to all the cells directly and the excretory system collects wastes from each cell individually. e.g: Fasciola hepatica.

→ In nematyhelmenthes, the pseudocolor has taken up the function of collection and distribution of materials.

→ In Annelids the first acoelomate animals have developed a pulsative vessel to move the fluid and the transporting medium is blood.

→ The Arthropods have developed a pulsative organ heart to pump the blood.

→ The transport system that supplies nutrients to the tissues directly is an open type of circulatory system. e.g: Arthropods, many mollusks, and lower chordates.

→ In the closed type of circulatory system blood flows in blood vessels and then supplies nutrients to the body time. e.g: Cephalopod mollusks and octopus.

→ People who have high B.P. during the resting period are said to have hypertension.

→ The straw yellowish-colored fluid portion after the formation of the blood clot is serum.

→ Vitamin K helps in the coagulation of blood.

→ Haemophilia is the result of a genetic disorder in which the blood may not coagulate. Thalassemia is an inherited disorder that is related to blood.

→ Root pressure also plays a significant role in the absorption and movement of water in the xylem.

→ The evaporation of water through leaves is called transpiration.

→ Water also evaporates through the lenticels of the stem.

→ There is a relationship between transportation and transpiration in plants.

→ Mineral salts are necessary for plant nutrition and they are obtained from the soil solution through root hair.

→ Biologists studied food transportation in plants with the help of aphids.

→ Circulation: The movement of blood around the body.

→ Auricles: The upper chambers of the heart are called Auricles.

→ Ventricles: The lower chambers of the heart are called Ventricles.

→ Pulse: The regular heartbeat while blood as it is sent around the body that can be felt in different places especially on the inner part of the wrist.

→ Artery: ‘the blood vessel that carries oxygenated blood to all body parts except pulmonary artery.

→ Vein: The blood vessel that collects deoxygenated blood except for the pulmonary vein.

→ Stethoscope: Instrument used to hear the sounds of heartbeat and sounds of Lungs.

→ Aorta: The main artery of the heart supplying oxygenated blood to all body parts. It arises from the left ventricle of the heart.

→ Capillary: It is a very fine blood vessel that connects the smallest arteries and veins.

→ Systole: The contraction phase of the heart is known as systole.

→ Diastole: The relaxation phase of the heart is called diastole.

→ Cardiac Cycle: One cardiac cycle includes an active phase systole and resting phase diastole of atria (auricles) and ventricles. The time required for completion of one cardiac cycle is approximately 0.8 seconds.

→ Blood Pressure (B.P.): The pressure with which the blood flows in the blood vessels is called blood pressure. The normal B.R of a person is 120/80.

→ Lymph: Lymph is the substance that contains blood without solid particles. A clear liquid containing white blood cells helps to clear the tissues of the body.

→ Sphygmomaiìoineter: It is an instrument used by doctors to measure blood pressure.

→ Prothrombin: A protein present in blood plasma that is converted into active thrombin during coagulation.

→ Thrombin: An enzyme in blood plasma that causes the clotting of blood by converting fibrinogen to fibrin.

→ Fibrinogen: A blood protein that helps in the clotting of blood when the vessels are injured.

→ Fibrin: It is an insoluble protein formed from fibrinogen during the clotting of blood. It forms a fibrous mesh that obstructs the flow of blood.

→ Root hair: A thin hair-like outgrowth of an epidermal cell f a plant root that absorbs water and minerals from the sou.

→ Radicle: it is the first part of a seedling to emerge from the seed during the process of germination. it develops into a root,

→ Root pressure: Root pressure is osmotic pressure within the cells of a root system that causes sap to rise through ‘ plant stem to the leaves.

→ Plant nutrIents: These are the elements required for the normal growth of the plants. Plants absorb most of these nutrients from the soil through roots.

→ Xylem: It Is the water-conducting tissue in plants comprising b0th living and nonliving tissue.

→ Phloem: It is the food transporting tissue in plants consisting only of living tissue.

→ Vascular bundles: It is part of the transport system in vascular plants. It is a strand of conducting vessels in the stem or leaves of a plant typically with phloem on the outside and xylem on the inside.

→ Left atrIum: The upper left chamber of the heart receives oxygenated blood from the lungs through the pulmonary vein.

→ Left ventrIcle: The lower left chamber of the heart from which the main Aorta that supplies oxygenated blood to aH body parts except for lungs.

→ Butcher: A person whose trade is cutting up and selling meat ¡n a shop.

→ Stump: Apart, as of a branch, limb, or tooth. remaining after the main part has been cut away. broken off nr worn clown.

→ Pericardial membrane: The membrane that surrounds the heart and protects it from mechanical shocks.

→ Coronary vessels: The vessels that deliver oxygen-rich blood to the muscles of the heart.

→ Superior vena cava: Receives deoxygenated blood from the head and arms and chest and opens into the right atrium of the heart.

→ Inferior vena cava (or) Post caval vein: It Is the large vein that carries deoxygenated blood from the lower half of the body into the right atrium of the heart.

→ Spurts: A sudden strong flow of a liquid, a sudden increase in something.

→ Brownian movement: The erratic random movement of microscopic particles in a fluid, as a result of continuous bombardment from molecules of the surrounding medium.

→ Parazone: i) Any multicellular invertebrate of the group Parazoa. which consists of sponges.
ii) A primitive multicellular marine animal whose porous body is supported by a fibrous skeletal framework.

→ Cnidarians: An aquatic invertebrate animal of the phylum cnidaria, which comprises coelenterates.

→ Gastrovascular Cavity: Functions ¡n both digestion and distribution of nutrients and particles to all parts of the body.

→ Nematyhelmenthes: A phylum including the nematodes and worms and sometimes the acanthocephalans, rotifers, gastrotrichs and marine, organisms.

→ Lymphatic system: The network of vessels through which lymph drains from the tissues into the blood.

→ Lymphatic circulation: it is the process by which the lymphatic system circulates a clear fluid called lymph throughout the body.

→ Edema: A condition characterized by an excess of watery fluid collecting In the cavities or tissues of the body.

→ Systolic pressure: The blood pressure during the contraction of the left ventricle of the heart.

→ Diastolic pressure: The blood pressure after the contraction of the heart while the chambers of the heart that refill with blood.

→ Thromboklnase: An enzyme liberated from blood platelets that convert prothrombin into thrombin as blood starts to clot.

→ Entangle: Cause to become twisted together with or caught in.

→ Serum: A protein-rich liquid that separates out when blood coagulates.

→ Squash: Crush or squeeze with a force so that it becomes flat, soft, or out of shape.

→ Tensile strength: The resistance of a material to breaking under tension.

→ Oak: It ¡s a tree or shrub ¡n the genus Quercus belongs to the family Fagaceae. Oakwood has great strength and hardness and is very resistant to insect and fungal attacks because of its high tannin content.

→ Aphids: A small bug that feeds by sucking sap from plants.

→ Cambium: A cellular plant tissue from which phloem, xylem, or cork grows by division resulting in secondary thickening.

→ Hemophilia: It Is a disease condition in which coagulation of blood may not occur due to genetic defect.

→ Badger: A heavily built omnivorous nocturnal mammal of the weasel family, typically having a grey and black coat.

→ Sycamore: It ¡s a name that is applied at various times and places to several different types of trees, but with somewhat similar leaf forms.

→ Gnaw: Bite at or nibble something persistently. 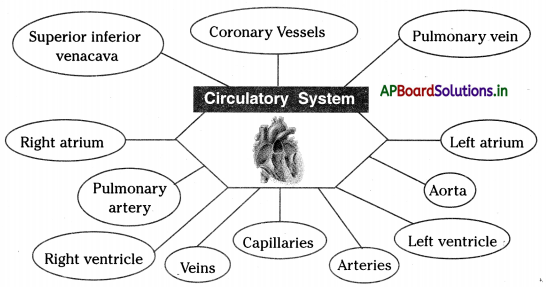 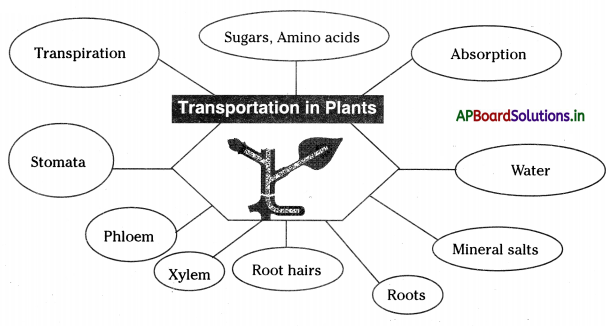