→ Thailapa II was the founder of Chalukyas of Kalyani.

→ Yadavas of Devagiri originally served as subordinates to Chalukyas to Kalyani.

→ Early Kakatiyas served as a feudatories to the Rashtrakutas and the Western Chalukya kings.

→ The Kakatiya kingdom emerged after the fall of the Western Chalukyas.

→ The reign of the Praia II, was a land mark in the history of the Kakatiyas.

→ Ganapati deva was the most powerful of the Kakatiya sovereigns.

→ The Kakatiyas divided their territories among a number of military chiefs known as Nayankara.

→ Land revenue was the major source of income to the Kakatiya kingdom.

→ The Kakatiyas brought large tracts of forest land under cultivation.

→ The Kakatiya kings gave much importance to foreign trade.

→ Regional kingdoms during Medieval Period : These are basically local or small kingdoms ruling a small town and are found in a particular region.

→ The Kakatiya Dynasty : This dynasty was a South Indian dynasty. It ruled most of Eastern Deccan region comprising present day Telangana and Andhra Pradesh and parts of Eastern Karnataka and Southern Odisa.

→ Economic life : Specific to the financial implications of laws and events, how they affect trade, job availability and the flow of money.

→ Art and Architecture : Is defined as the art and science of designing building and structures.

→ Feudatory : Subordinates to king, that obediently follow the kings’ orders or instructions.

→ Patronized : To give help and support promoting culture and heritage.

→ Veera Saivam : One of the reform branch in the Hindu religion.

→ Dynasty : A succession of rulers of the same line of descent.

→ Recalcitrant : A person who has an obstinately uncooperative attitude towards authority.

→ Sue : To proceed with and follow up to proper termination.

→ Heir-apparent : An heir apparent is a person who is first in an order of succession.

→ Clan : A group of people tracing descent from a common ancestor. 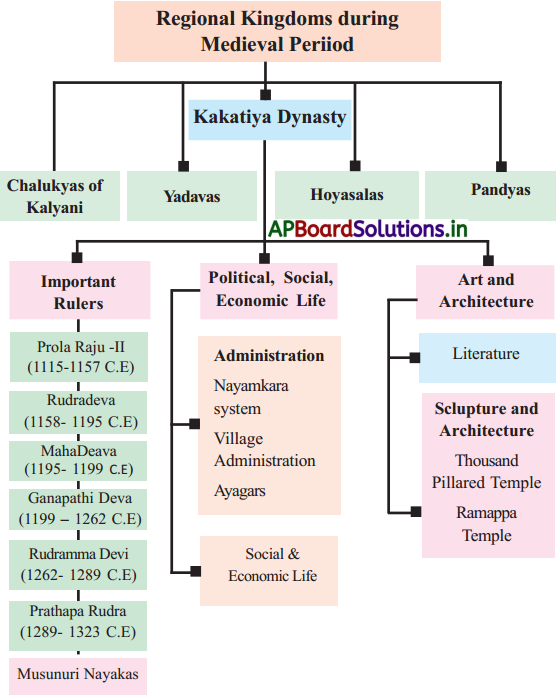 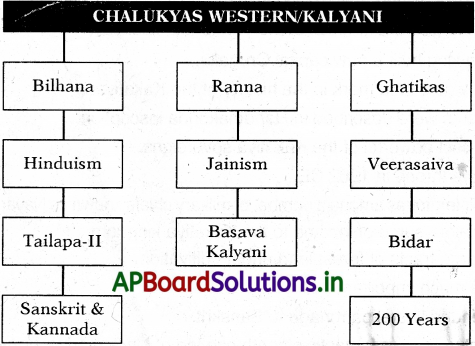 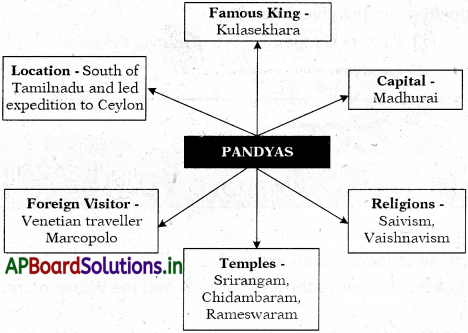