→ Globalization is the process of rapid integration or interconnection between countries.

→ It has political, cultural as well as economic dimensions.

→ It has three implications like the flow of trade in goods and services, flow of labour, (migration of people in search of employment), and flow of capital for short-term or long-term investments over long distances.

→ Globalization is not merely about the market, in fact, ideas are also being shared and expanded.

→ Multi-National Company is not only selling its finished products globally but more importantly, the goods and services are provided globally

→ The criteria for selecting a site for operations of MNCs are proximity to the markets, availability of skilled and unskilled labour at low costs, assured availability of other factors of production, government policies that protect their interests,

→ Foreign trade results in connecting the markets or integration of markets in different countries.

→ The flow of capital, people, technology is supposed to have created a borderless world

→ Rapid improvement in technology has been one major factor that has stimulated the globalization process.

→ The Indian government, after independence, had put barriers to foreign trade and foreign investment.

→ Around 1991, the government decided that the time had come for Indian producers to compete with producers around the globe

→ Globalization has benefited well-off consumers and also producers with skill, education, and wealth.

→ Thousands of small producers and workers have seen their employment and worker’s rights erode.

→ MNCs: Multi-National Company is a company that owns or controls production In more than oñe nation

→ Nation-State: An independent country, especil1y wheñ thought of as consisting of a single large group of people all sharing the same language, traditions, and history

→ Technology: (The study, and knowledge of) the practical, especially industrial, use of scientific discoveries

→ Foreign Investment: The money that MNCs spent to buy assets such as land, building, machines, and other equipment

→ Foreign trade: The foreign trade of a country consists of both exports and imports of goods and services

→ Liberalization: Removing the trade barriers or restrictions set by the government

→ Globalization: The process of rapid integration or Interconnection between countries 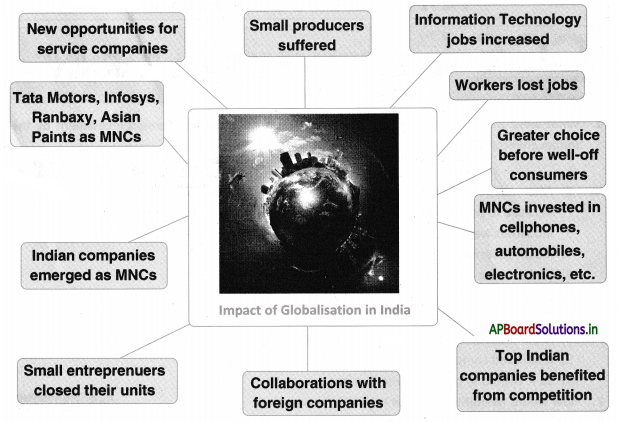 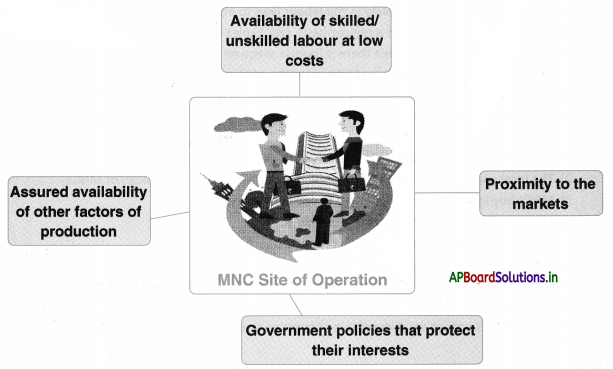