Students can go through AP Board 6th Class Maths Notes Chapter 1 Numbers All Around us to understand and remember the concepts easily.

In other words, to read numbers in the Hindu-Arabic system of numeration digits are divided into periods namely units/thousands/lakhs/crores and so on .from right to left.

The value of each digit in a number depends upon its place in the given number.
As we move from right to left the place value increases by 10 times to its previous place. 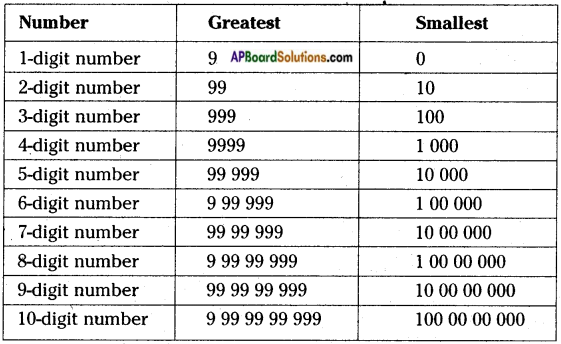 → Rounding off and Estimation of numbers:
Rules to round off a number to a given place: 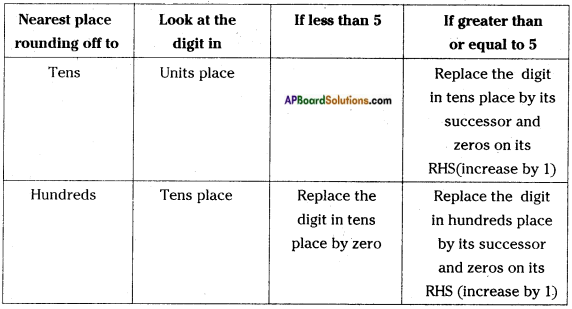 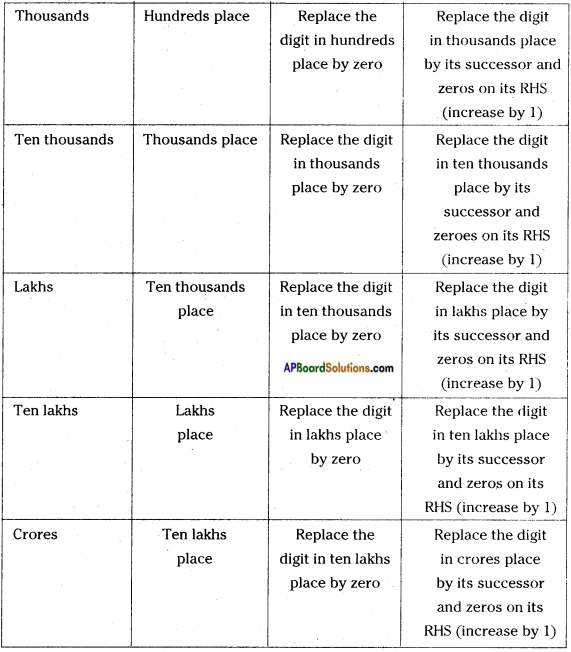