Question 1.
What is a settlement?
Answer:

Question 2.
How did human lifestyles change with the settlement?
Answer:

Question 3.
Define site features and situation features. Give one example for each from the place you live in.
Answer:

Question 4.
How does the Census of India define various kinds of places? How does it organize them in order of size and other characteristics?
Answer:

Question 5.
What is an aerotropolis? How is it structured?
Answer:

Question 1.
Field Work:
Look at your own city, town, or village. Draw a sketch map of a selected area using the methods you had learned earlier. Your map should show the following:
Roads; Houses; Shops and markets; Streams and drains;
Some pubic places – hospitals, schools, bus stand, railway station etc.
(a) Are the public places at points that would be convenient to most people?
(b) Do you find any pattern in the location of markets?
(c) Are the houses in clusters? Are they linked to the main road?
Talk to people in the selected area and find out the changes in the settlement during the past twenty years and the reasons for this.
What amenities should have been provided for, but has not been done?
Answer: 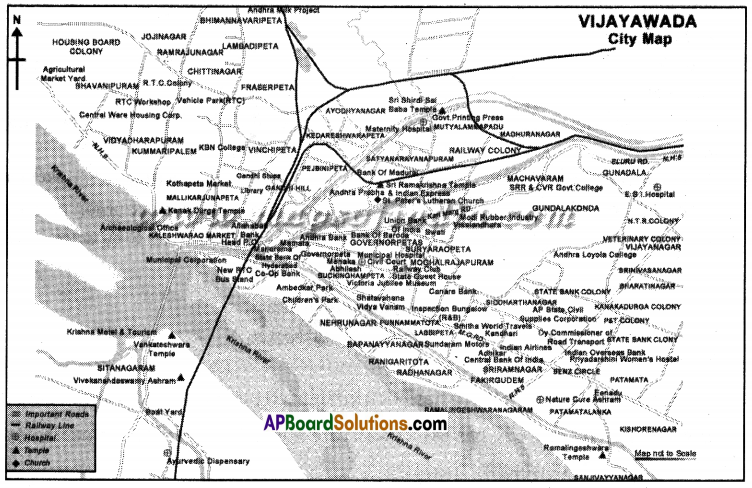 (a) Yes, the public places at points are more convenient to most people.
(b) Yes, the markets are located in definite distances for the use of people.
(c) Many houses are planned and built-in colonies. Most of the colonies are connected to the nearest main roads.
I have interviewed the people of Satyanarayanapuram in Vijayawada. The railway track in that area was removed. BRTS project was sanctioned in that area. Now the BRTS Road is in use to some extent. The nearest Railway Colony is redesigned. Many shopping complexes, educational institutions are established.
Many shops are shifted from I town to Mahatma Gandhi Road. The Vijayawada Bus Stand is the best in the state/country. The Railway Station building is designed as a palace. The roads are widened.

Question 3.
Find out what factors have influenced the settlement of your place in the past ten years.
Answer: 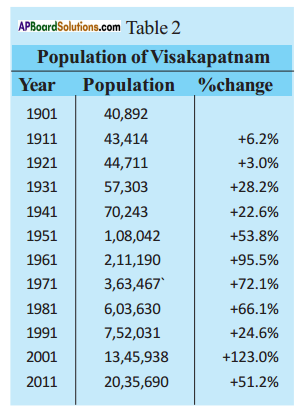 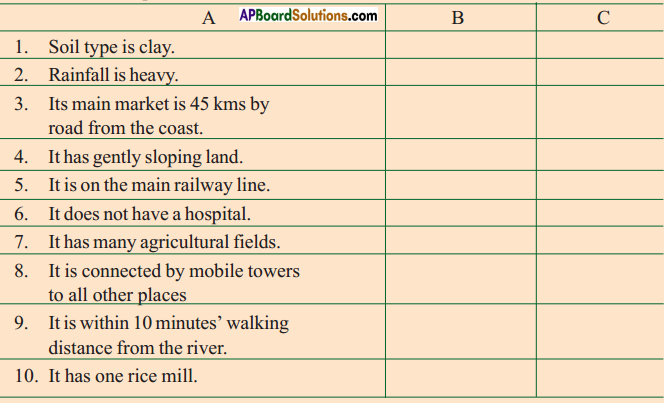 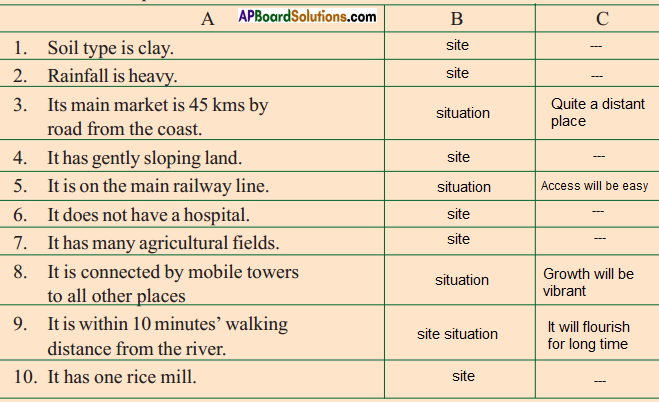 Question 6.
Field work … Understanding the settlement of your place.

Question 7.
Consider your own place …
The bigger a place is, the more variety of services you can find there. Take educational facilities as an example. This exercise can help illustrate how more specialized services are found in bigger places (i.e., places that are higher in the hierarchy).

Question 8.
Atlas work…
In your atlas and look at a map of Indict. Notice how different places are shown using differ¬ent sizes of symbols: national capital, state capital, other cities, etc. How many levels are shown using different symbols? Are tiny villages shown? Create your own table and arrange the places in decreasing order (i. e., most prominent place at the top, less prominent places as you go down).
Here is an example table for you. Two examples are shown, fill in details for other places.

Repeat this kind of study for any other country of your choice.

Question 9.
Indian settlements in the hierarchy.
The Census of India, organises settlements ¡n India using certain criteria. In the table 3 the Census departments definitions of various settlement types are given. Read them carefully and complete the exercise.
Given on text page 97 Is a pyramid. The bottom-most part of the pyramid shows the lowest level of the settlement hierarchy according to the Indian census. The top-most shows highest level. Fill in the details that are left blank. 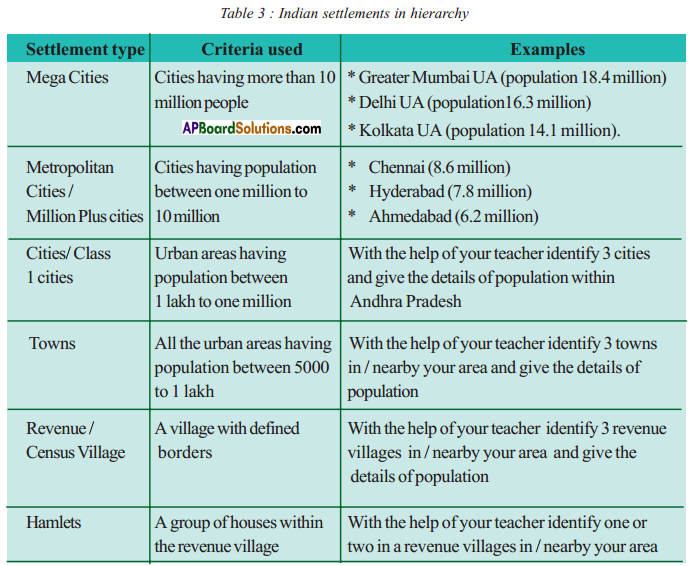 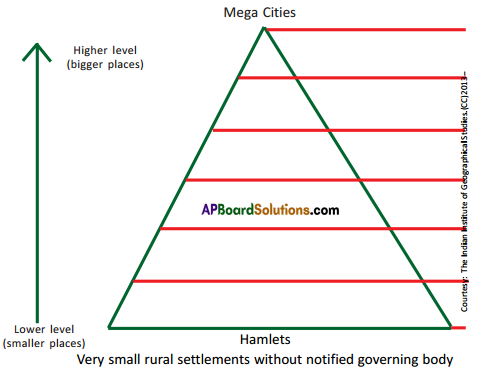 Question 10.
What is at the centre of an aerotropolis ?
Answer:

Question 11.
Name any two facilities located at or near the centre of an aerotropolis.
Answer:

Question 12.
On an outline map of the world, locate and label the cities given in the examples. Name the country and the airport also on the map. Remember to use different types of text to identify the name of the country and the names of the cities and airports. Thus, it will be very easy to see which words are names of countries, and which are for cities and their airports.
Answer: 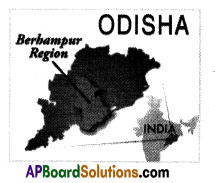 Question 15.
What is the issue about which the people of Mohuda village are upset ?
Answer:

The establishment of waste treatment plant near Mohuda upset them.

Question 16.
How many people and animals are expected to be adversely affected by the facility?
Answer:

Question 17.
What was the alternative location for the facility and why was it not used?
Answer:

Question 18.
What data does the report give about the quantity of solid waste produced by Berhampur ?
Answer:

Question 19.
Berhampur Municipal Corporation authorities say that the amount of solid waste, produced by the city”must have increased in three years.”Do you agree or disagree with their statement? Why or why not ?
Answer: