Students can go through AP Board 7th Class Maths Notes 12th Lesson Symmetry to understand and remember the concept easily.

→ If a line divide the given figure into two coincidental parts, then the figure is said to bd ‘symmetrical’ and the line is called the ‘axis of symmetry’ or ‘line of symmetry’.

→ If we rotate a figure, about a fixed point by a certain angle and the figure looks exactly the same as before, we say that the figure has rotational symmetry.

→ The angle of turning during rotation is called the angle of rotation.

→ Each regular polygon has as many lines of symmetry’ as it’s sides.

→ Symmetry: Symmetry is defined as a proportionate and balanced similarity that is found in two halves of an object, that is, one-half is the mirror image of the other half. An object has symmetry’ it can be divided into two identical pieces.

→ In general usage, symmetry most often refers to mirror or reflective symmetry; that is a line (in 2-D) or plane (in 3-D) can be drawn through an object such that the two halves are mirror images of each other. An isosceles triangle and a human face are examples.

→ There are four types of symmetry that can be observed in various cases.

→ Line of symmetry:
The imaginary axis or line along which you can fold a figure to obtain the symmetrical halves is called the line of symmetry.

The line of symmetry can be categorized based on its orientation as: 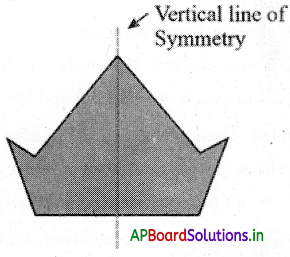 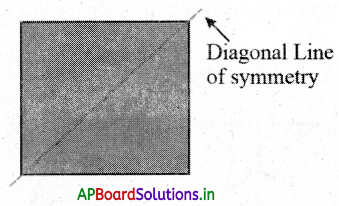 → A line of symmetry is an axis along which an object when cut, will have identical halves. These objects might have one, two, or multiple lines of symmetry.

→ The following table shows the examples for different shapes with the number of lines of symmetry that they have.

→ Regular Polygon:
If all the sides of a polygon or angles of a polygon are equal, then it is called a regular polygon.
Example: Equilateral triangle, square etc.

→ In the same way, a regular hexagon has an angle of symmetry as 60 degrees, a regular pentagon has 72 degrees and so on. 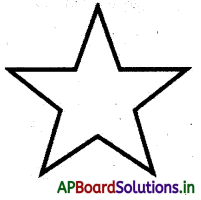 If we consider the order of symmetry for regular hexagon it is equal to 6, since it has 6 equal sides and is rotated with an angle of 60 degrees.

Number of lines of symmetry of a regular polygon is equal to number of sides in it.