Students can go through AP State Board 7th Class Social Studies Notes Chapter 17 Implementation of Laws in the District to understand and remember the concept easily.

→ Various departments of the government do various kinds of activities.

→ The ministers who control the departments and the officials of those departments carry out the orders of the government.

→ These officials of the department work at different levels: secretariat (capital) level, district level, and the Mandal level.

→ The District Collector or the District Magistrate coordinates the work of all departments in the district.

→ The District Collector conducts the meetings with the heads of all the departments.

→ He attends to the problems of the people from all the mandates and helps them to solve them.

→ The Collector would instruct the heads of various departments to attend to the problems of the people.

→ In case of emergency, he will act briskly, personally monitors the situation, and announce compensation to the affected people.

→ He would act strictly if anyone encroached the public places, sidewalks, and roads.,

→ The district is divided into different manuals and mandates are formed of many villages.

→ Using these land records and maps the Mandal Revenue Office settles the disputes between the individuals.

→ If anyone encroaches on the forest land or the land belonged to the government, Mandal officials evict them.

→ To protect the resources such as forests, rivers, and groundwater for the benefit of the next generations, the Government of Andhra Pradesh enacted the Andhra Pradesh Water, Land, and Trees Protection Act in 2002.

→ After the Law was passed, the Water, Land, and Trees Protection Authority or WALTA was formed to implement this Act.

→ in a democratic country like ours, the elected representatives and appointed government officials play different roles.

→ We should work towards achieving to drive away marginalization, disparities, and discrimination.

→ Magistrate: A civil officer with powers to try miner cases and hold a preliminary hearing.

→ Loan waiver: An act of giving up of loans

→ Tahsildar(MRO): An officer who maintains the records of land. (Mandai Revenue officer) 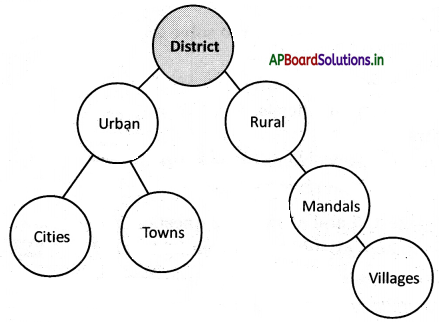 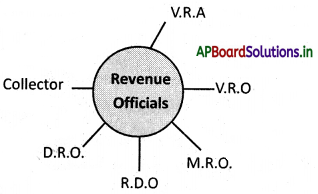