Students can go through AP State Board 7th Class Social Studies Notes Chapter 18 Caste Discrimination and the Struggle for Equality to understand and remember the concept easily.

→ A group of people, who follow some common rules and Customs, worship the common duties, follow the same profession of work, and are bonded together are said to be one caste.

→ The caste system gave rise to great inequalities and discrimination in our society.

→ Dr. B.R. Ambedkar, chairman of the Drafting Committee of Indian Constitution who belonged to the Mahar caste, was treated as untouchable.

→ Omprakash Valmiki, a famous Dalit writer, had to sit away from the others in the classroom and that too on the floor, he had to sweep all the school and playground, while other children were listening to lessons in the classrooms because of his caste.

→ The caste system, with the four major caste groups, Brahmana, Kshatriya > Vysya, and Sudra emerged in the times of the Vedas.

→ Later new aspects like untouchability, restrictions on marriage and eating together, etc., emerged.

→ The struggle for freedom from British rule was also included within the struggle against social evils and discrimination.

→ In the nineteenth and twentieth centuries, several reformers fought to create a new social system based on freedom/equality, brotherhood, human dignity, and economic justice.

→ Jyotirao Govindarao Phule and his wife Savitri Bai Phule were pioneers of education for women and the lower castes as well as the masses.

→ Periyar, a rationalist and the lower caste movement in South India taught, it is the birthright of everyone to enjoy liberty and equality.

→ Sri Narayana Guru of Kerala preached brotherhood for all and fought against the ill effects of the caste system.

→ When India became a free nation, our constitution ensured that all the people of India are considered equal. Everyone has equal rights and opportunities.

→ Untouchability is seen as a crime and abolished by law.

→ Through laws and through government programs and schemes to help disadvantaged communities, the government tried to implement equality.

→ Still, there is discrimination in our schools against Dalit children. Where their dignity is not respected people are treated unequally on the basis of their caste, religion, disability, economic status, and gender.

→ It is only when people begin to believe that every person deserved to be treated with dignity, that the discrimination against the lower caste people ends and social equality prevails.

→ Untouchability: Show the discrimination on the basis of their caste.

→ Scheme: Apian or a system for doing or organizing something.

→ Constitution: A set of rules and regulations which are followed by people and government

→ Autobiography: The story of a person’s life, written by that person. 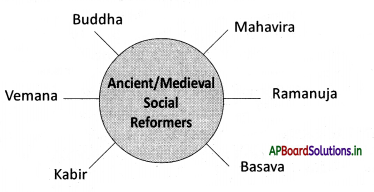