Students can go through AP State Board 7th Class Social Studies Notes Chapter 22 Rulers and Buildings to understand and remember the concept easily.

→ Monuments provide an insight into the technologies used for construction.

→ Between the seventh and tenth centuries, architects made roofs, doors, and windows by placing a horizontal beam across two vertical columns, a style of architecture called ‘trabeate’ or ‘corbelled’.

→ Between the eighth and thirteenth centuries, the trabeate style was used in the construction of temples, mosques, tombs.

→ The plan of the temples of the Chandela dynasty consisted of an ornamented gateway that led to an entrance and the main hall (maha mandapa) and the main shrine (Garbhagriha) where the chief deity was kept.

→ The Rajarajeshwara temple at Thanjavur had the tallest shikhara amongst temples of its time.

→ The technological and stylistic developments are noticeable from the twelfth century.

→ The weight of the superstructure above the doors and windows was sometimes carried by arches. The roofs too used this principle and were converted into vaults and domes. This architectural style is called ‘arcuate’.

→ The very high-quality cement – the limestone cement was increasingly in the construction. & temples were meant to demonstrate the power, wealth, and devotion of the patron. Temples and mosques were beautifully constructed because they were places of worship.

→ The temples, with the gods and goddesses of the allies and subordinates of the main duty, were miniature models of the world.

→ The kings and nobles endowed the temples with land, gold, and jewels so that worship of the gods could be carried on a grand scale.

→ By 1200 A.D. most of the temples had become elaborate institutions of political and economic power.

→ Constructing places of worship provided rulers with the chance to proclaim their close relationship with God.

→ When the kings attacked another kingdom, they used to target the temples and looted all the valuable gold, jewelry, and golden images of the gods.

→ Sultan Mahmud of Ghazani attacked the temples of defeated kings and looted their wealth and Idols.

→ Inscriptions: Words or symbols – inscribed on a monument, in a book, etc

→ Monuments: A large stone structure built to remind people of a famous person

→ Dynasty: A line of hereditary rulers of a country
(Or)
A succession of people from the same family, play a prominent role in any field

→ Architecture: The art, science, and profession of designing buildings

→ Coronation – Ceremony: It is the ceremony when a new king s officially installed 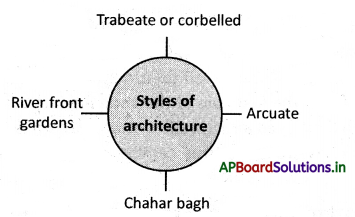 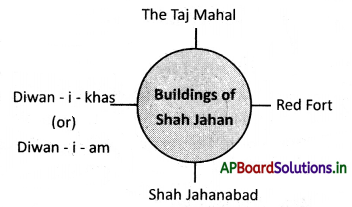 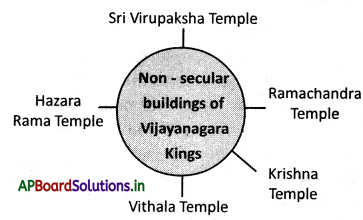 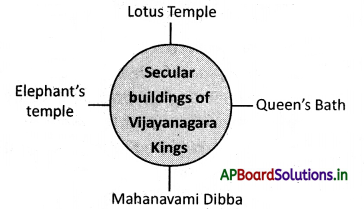