→ When Muhammad-Bin-Tughlaq was loosing his power in the Deccan, two new kingdoms were emerged in South India.
They are: Vijayanagara and Bahmani Kingdoms.

→ The founders of Vijayanagara empire were Hari Hara Raya and Bukkaraya.

→ The capital of Vijayanagara was Hampi.

→ Vijayanagara was the richest kingdom in the world during 14th and 15th centuries.

→ The struggle between Vijayanagara and Sultanate of Madurai lasted for about 4 decades. □I The greatest ruler of the Sangam dynasty was Devaraya II.

→ Krishna Devaraya was a very powerful ruler of Vijayanagara. ‘

→ The founder of Tuluva dynasty was Narasa Nayaka. He was the father of Krishnadevaraya. □I Sri Krishna Devaraya maintained friendly relations with the Portuguese and Arab traders.

→ The Amara Nayaka system was a major political innovation of Vijayanagara empire.

→ The society was systemized.

→ Women occupied a high position and took an active part in all aspects.

→ Vijayanagara was also a great center of trade.

→ The art of shipbuilding developed.

→ The Carnatic music was developed.

→ The Reddy kingdom was established by Prolaya Verna Reddy.

→ The founder of Bahamani kingdom was Alauddin Hasan Bahman Shah.

→ Mahmud Gawan was a Persian merchant.

→ Political life : The administration under Vijayanagara empire was well organised.

→ Social life : The society was systemized.

→ Economic life : Vijayanagara empire was one of the wealthiest parts of the world at that time.

→ Art and Architecture : Is defined as the art and science of designing building and structures.

→ Nayakas : Who discharge civil and military functions on behalf of the emperor. 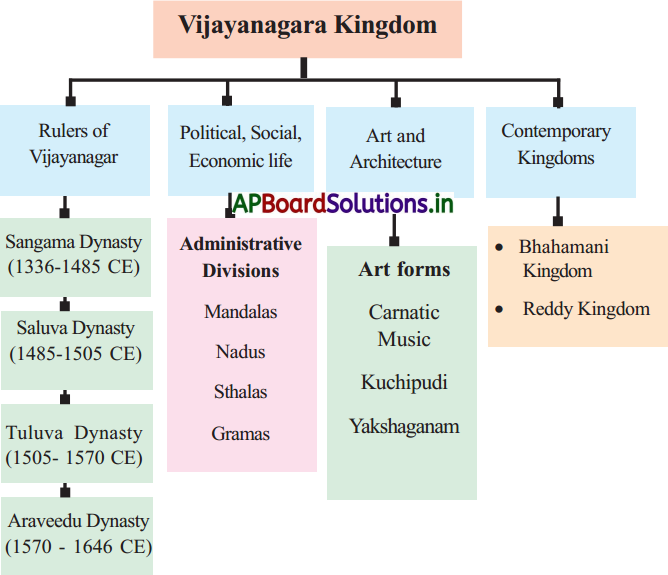 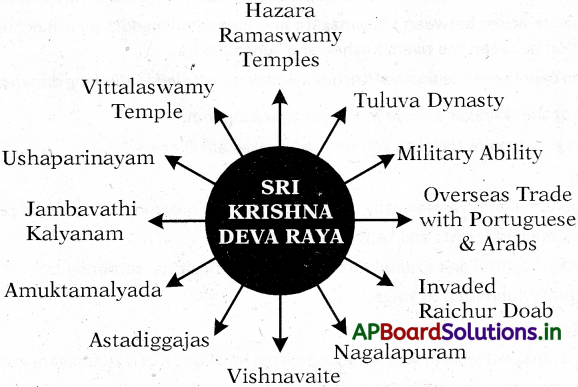